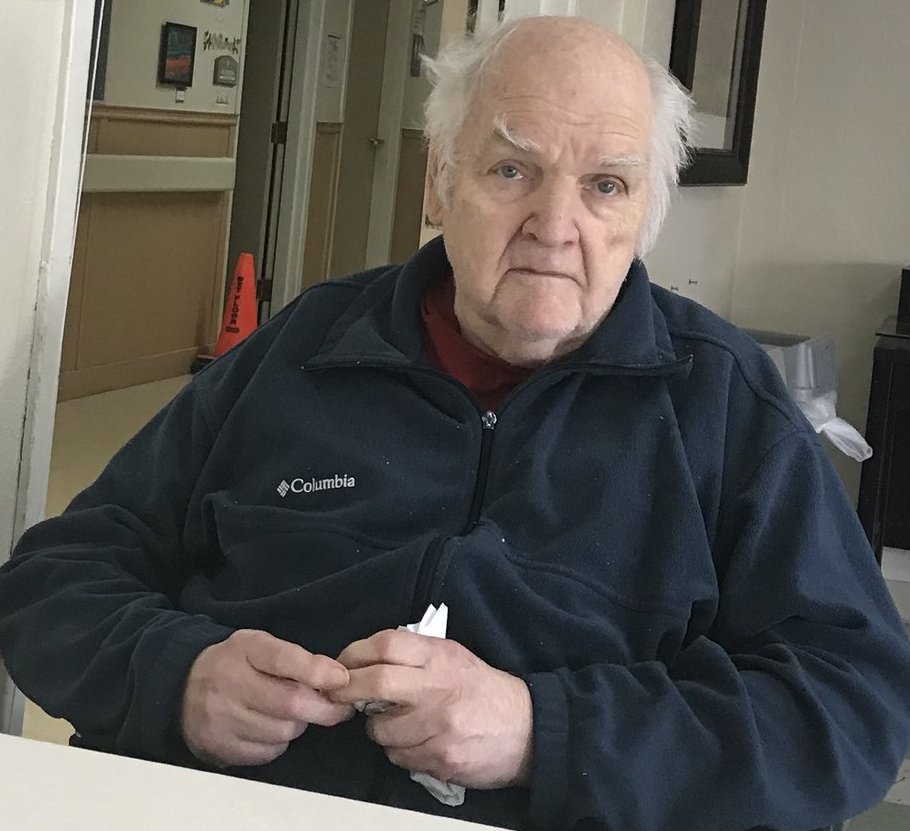 Emmitt Martin McClintock died in his sleep March 12, 2019 at the Glisan Care Center after suffering a heart attack the day before. He was 84.

McClintock (1912-1996). He was their oldest son and third child. The first baby lived and died in Nebraska before the rest of the McClintocks' children were born. He came out to Oregon as a baby because his dad needed work.

Mr. McClintock graduated from Lincoln High School in 1952. He also went to night school at Benson High School while he worked to help out the family. He trained to serve in the army during the Korean War but was released for medical reasons before his unit shipped out.

Mr. McClintock served for some years in the Auxiliary Police. His last known job was at the Meier and Frank Warehouse as a bailer and janitor, though he was also a security guard for them for a while.

Some years before working for Meier and Frank, Mr. McClintock worked on the third floor of the building which would eventually become the 333 Oak Apartments where he would live for almost 21 years, just two floors away from his adopted sister and their cat. He helped save the building when the original low-income housing contracts ran out in the late 1990s and witnessed two building reconstructions in 1999-2000 and 2008-2009.

Funeral arrangements are pending. Mr. McClintock will be buried near his folks in the Last Supper Room at Portland Memorial for which his dad polished some of the marble.