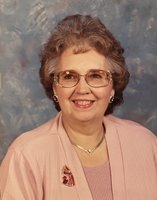 Sharon Ann Spencer was born December 1st, 1936, in Portland, Oregon and passed away February 15th, 2020 in Gladstone, Oregon. Sharon leaves behind a loving husband Phillip Spencer, 3 children Robin (spouse Robin), Kathy (spouse Edward) and Timothy (spouse Sheri). She also leaves behind Robin’s 3 children Valerie, Erin, and Jamie; Kathy’s 5 children, Amy, April, Adam, Alyssa, and Ashley; and Tim’s 2 children Brittney and Sami. Her legacy also includes 10 great-grandchildren ranging in age from 22 years to 3 months. Sharon married Philip Spencer on September 21st, 2003. Phil and Sharon met in the 3rd grade. Who would have known that 59 years later they would be married? Phil stood by her side becoming her caregiver the last 4 years as she battled dementia. Sharon and Phil loved to travel. They took several cruises including one to Spain. Sharon’s love for travel came back when Robin was in the Air Force and she flew over to Germany where he was stationed. They took a mini-vacation together visiting Rome, Paris, Amsterdam, as well as seeing all that Germany had to offer. Sharon often traveled with Kathy’s family including but not limited to 4 trips to Las Vegas celebrating each of Kathy’s 5 children’s 21st Birthdays! Grandma likes a party. Sharon worked several jobs throughout her years but where she called home was Code-A-Phone formally known as Ford Industries. This is where she made lifelong friends. Sharon learned to be very frugal raising 3 children on her own. If there was a coupon or clearance, she would find it. A talent that she taught her daughter Kathy who has definitely followed in her footsteps! Sharon had a huge heart, often taking in those less fortunate. When I say “taking in”, I mean she let them live with her. This is a testimony to who she was. Sharon was a letter and note writer. Basically, she was a blogger before blogging was a thing. We have found 100’s of letters she has written about her daily trials and joys. It is with great sadness that we are here celebrating her life but know she is home now with her Lord and surrounded by her mother and father who went before her. Sharon Spencer’s Celebration of Life will be held at New Hope Church, 11713 SE Stevens Road, Happy Valley, OR, at 2PM, on Saturday, March 7, 2020. Please come and share your memories of her with those who loved her most.