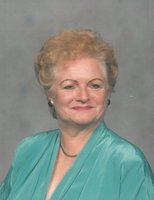 Diane was born to Frank and Eileen Wolfe in Fergus Falls, Minn., and moved with her four sisters and mother and father to Portland in 1944 after living in California for eight years. She spent her teen-age years residing near Brightwood, Ore., and graduated from Sandy High School. Diane helped her husband John, who passed away in 2015, operate the many restaurants and bars they owned during their 51 years of marriage and enjoyed the pleasure of making dear friends along the way. Her hobbies included growing beautiful flowers and also cooking, especially some delicious recipes passed down from her Italian mother-in-law. She is survived by her two children, Dixie Thompson (Chuck) and Jack Starvaggi; along with two grandsons and their wives; plus four great-grandchildren. She will be entombed alongside her husband at Wilhelm’s Portland Memorial Mausoleum. At her request, there will be no service.