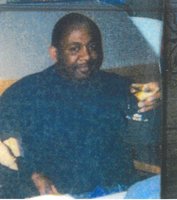 Donald Allen Willis was born in Portland, Oregon, to parents Samuel Jr. and Alberta (Williams) Willis on December 17, 1960. He was brother to Zenohys, Leon, Patsy Ann, Peggy Lee, Vessie, Glenn, James, and Elizabeth. Donald attended Peninsula Grade School and he graduated from Jefferson High School. As a young kid, Donald was always active in sports. His main interests were baseball, football, and basketball. His favorite sport was track and field. In high school, Donald excelled in football and track and field. Donald ran the 100-yard, 200-yard, and 400-yard. In 1977, Donald received an official letter in track and field from Jefferson High School. During his life, Donald held several jobs. He worked as a cook for Pietro’s Pizza, Holiday Inn, OHSU, and several others. All the jobs Donald performed had something to do with food preparation. Donald loved cooking for others. He was always willing to lend a helping hand to those in need. Donald loved being around people. If you said you were hungry, Donald would stop what he was doing and prepare you a big meal. He cooked for several people in his apartment complex. Donald is preceded in death by his parents, Samuel Jr., and Alberta Willis: sisters Patsy Ann Wilis and Vessie Cross; and brother Glenn Willis. Donald is survived by his sons Darrell of San Francisco and Brandon Willis of Sacramento; siblings: Zenophys Green (Alfred) of Anaheim, CA, Peggy Willis Lowe (Gary) of Portland, OR, and Leon Willis, James Willis, and Elizabeth Willis of Portland, OR; and a host of family and close friends. A private Visitation and farewell gathering was held at Wilhelm’s Portland Memorial Funeral Home on Friday, January 8, 2021. Please visit the guestbook portion of this site and enter a special memory of Donald or a message to his family. Donald’s family thanks you so much for your love, support, and kind words of encouragement as we say “farewell” to a beloved family member. Services are entrusted to Wilhelm’s Portland Memorial Mausoleum and Funeral Home, 6705 SE 14th Avenue, Portland, Oregon, 97202, (503) 236-4141 www.wilhelmportlandmemorial.com