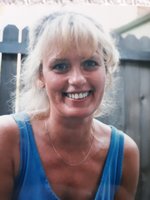 Cathy Lee Hepburn was born in Portland, Oregon on January 28, 1949, to parents Richard Eugene I and Elizabeth Lee (Riordon) Hepburn. She was sister to Chris, Richard, Susan, and James. Cathy attended Llewellyn Grade School and was a member of the graduating class of 1963. "Remember Me In '63” was their class motto. She attended and graduated from Cleveland High School in 1967. Cathy’s main lifelong occupation was as a Human Resources Agent for Safeway. She served Safeway for 36 years. Two of Cathy’s favorite things were flowers and cats. Cathy was especially fond of the Oregon Coast. She cherished every trip to the coast from the time she was a small child. Cathy loved gardening and flower arranging and she was absolutely amazing at both. Four words that best describe Cathy are: beautiful, strong, fierce and kind. Cathy is predeceased by her parents Richard Eugene I and Elizabeth Lee (Riordon) Hepburn; sister, Susan Kline; and sons: Joshua and Jesse Bass. Cathy is survived by her daughter, Chrissie Albright; grandsons, Erik & Andrew Kronke; granddaughters, Kailey, Casady, and Jami Bass; sister, Chris Evans; brothers, Richard Eugene II, and James Hepburn; and her beloved cat companion, George. Cathy will be privately laid to rest in Wilhelm’s Portland Memorial Mausoleum, 6705 SE 14th Avenue, Portland, OR, 97202, (503) 236-4141.