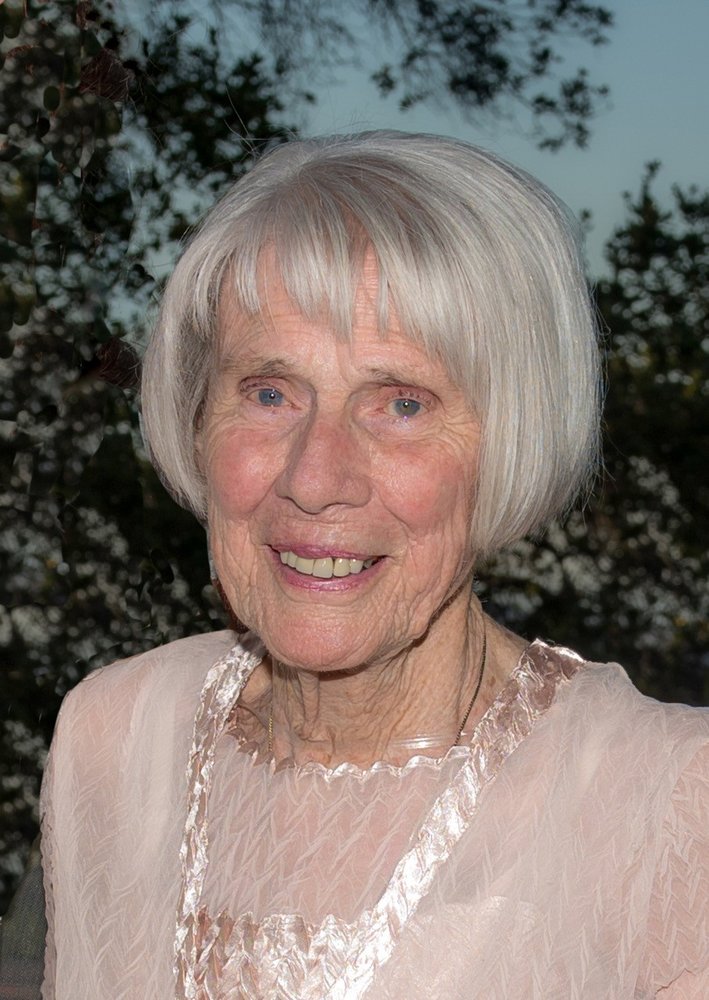 Jackie was born in Buffalo, NY to Frederick and Marion (Mary) Burgess Stinson. She passed away at her home in Milwaukie, Oregon.

After attending school in Kenmore, NY, Jackie took college courses focusing on her interest in Chemistry and worked as a laboratory assistant for the Pratt & Lambert Paint Company. In 1947, she married Ray Johnson, with whom she shared a love of sailing. She left work and devoted herself to raising four children. After starting out in Buffalo, NY the family moved several times before settling in Riverside, California in 1969.

Jackie was active in school groups, Boy Scouts, Girl Scouts, and the Riverside Art Alliance. During the Vietnam War, she volunteered as an aide at the Great Lakes Naval Hospital north of Chicago and at March Air Force Base Hospital. In 1976, she went back to school, earned her AA degree and subsequently worked as a bookkeeper for the Medical Personnel Pool, the Volunteer Center of Riverside, and the Sickle Cell Organization. Jackie enjoyed holidays and loved cooking for her family. She was a passionate gardener and had a life-long love of reading, which she shared with others through her many hours of volunteer work at the library. She spent her last four years in the Portland, OR area where she made many new friends and took an active role in her retirement community.

She was preceded in death by her son Thomas, of Seattle, Washington, in 1998, and her husband in 2014. A memorial will be held at a later date in the San Francisco Bay area.

To plant a beautiful memorial tree in memory of Jacqueline Johnson, please visit our Tree Store