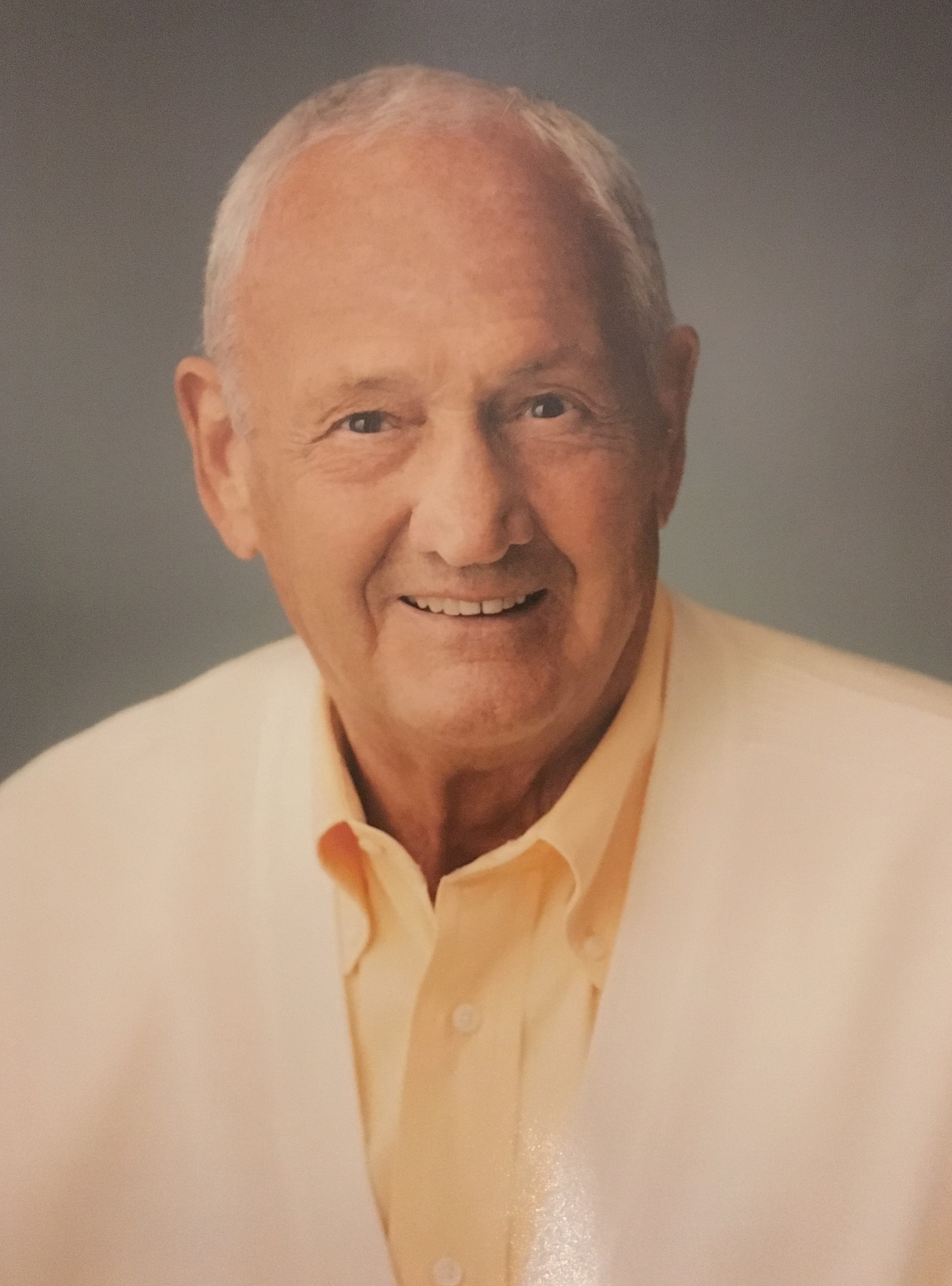 Our beloved Lloyd Babler Jr., passed away, peacefully, on December 20, 2018.  He was 87 ¾ years old.  Lloyd was born in Portland, Oregon at Emanuel Hospital to Rita and Lloyd Babler.  Lloyd attended Duniway Grade School and Washington High School, where he met his High School sweetheart, Patti Fry, who would later become his wife of 64 years.  Lloyd attended Oregon State College and was a proud, and we’re quite certain, often mischievous, member of the Phi Gamma Delta Fraternity.

Lloyd was above all, a patriot.  He served on the Admiral’s staff, Com 7th fleet, based in Yokosuka, Japan during the Korean War.  He spent 42 months at sea.   Lloyd was very proud of his service on the USS New Jersey, the most decorated Battleship in U.S. history.  During his life, he talked often about how blessed we are to live in the “greatest country in the world.” After returning from military service, Lloyd attended Lewis & Clark College, graduating in 1957 with a Bachelor of Science degree in Business.

Lloyd’s entrepreneurial spirit began early when, at the age of 7, he signed up to deliver two paper routes in Eastmoreland, where he would get up at 4am to “fold his sheets” before delivering them on his bike in the wee hours of the often cold, dark and rainy Portland mornings.

Lloyd was 12 years old when he went to work for his father’s asphalt paving and grading company, Babler Bros.  Per the DJC Oregon, about 25 years ago, Babler Bros. set a record for laying 8,250 tons of asphalt on Interstate 84 between Arlington and Boardman in one day.  You could often hear Lloyd say, “I’ve got asphalt in my veins.”

Lloyd was a proud and enthusiastic Boy Scout, and fondly reminisced about his mother being den leader.  He was a life member of the National Asphalt Pavement Association (NAPA), serving as Chairman in 1978; Chairman of the Negotiating Committee for the Associated General Contractors (AGC), and started the Oregon chapter of the State Asphalt Pavement Association.  Lloyd served for 2 terms on the Port of Portland having been appointed by both Democratic and Republican Governors (Robert Straub and Vic Atiyeh respectively.)  Lloyd was also a Lifetime Board member of Lewis & Clark College. Lloyd enjoyed memberships at Waverley Country Club, the Multnomah Athletic Club and the Arlington Club.

Lloyd LOVED his family, a challenge, problem solving, aka working to most of us, travelling, photography, art and talking to people or rather, asking them questions.  Lloyd’s curiosity, tenacity and character carried him through and created an adventurous and incredible life for him and those fortunate enough to know him.  Lloyd will be deeply missed and is survived by his wife, Patricia Fry Babler, three children; Megan Babler Canton, Heidi Babler Butler (Ben) and Christopher William Babler (Meredith); three grandchildren, Montana Lloyd and Micah Richard Canton, Sloane Butler and a sister, Barbara Babler McMeekein.  Lloyd was preceded in death by his first and second born sons, Baby Boy and Lloyd Babler III aka Chipper.

We are so very grateful for the loving care Lloyd received from EVERY person who came in contact with him at St. Vincent’s Hospital.  Friends are invited to a memorial

service at 1pm at Beaverton Foursquare Church, 13565 SW Walker Road, followed by a reception at Waverley Country Club, 1100 SW Waverly Drive, on Saturday, January 12th.  Remembrances may be made to The Arc of Oregon for people with intellectual and developmental disabilities.