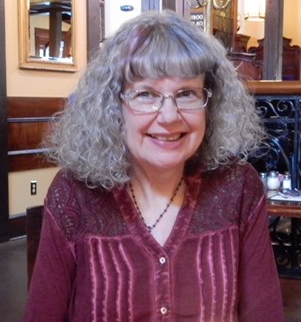 Maureen Louise Hagen (also called “Mo” and “Momo”) passed away Saturday, January 5th after a hard, courageous fight with Parkinson’s disease.  Her husband, Brent, was at her side at her time of passing.  She had been home on hospice since August 1st.

Maureen Louise (Donnell) Hagen was born March 19, 1956 in Portland, OR, the third child of Sam and Nancy Donnell.   She grew up in the Woodstock neighborhood of Portland.   Maureen attended school at Woodstock elementary and Franklin High School, where she graduated in 1974.  She excelled in drama at Franklin and was in many plays.

Maureen worked for several companies in Portland including U.S.F. & G., Walk through the Bible (started in Portland and later transferred with them to Atlanta, GA), and Unilit.

Maureen received Christ as her Lord and Savior in 1976 and it changed her life forever!  In 1979 she left a good job with Walk through the Bible and returned home from Atlanta, GA.  It was while attending Rose City Community Church in Gresham, OR, with her folks that she met her soul-mate, Brent Hagen.  It was love at first sight.  They married the following year in 1980.

In 1981 their first son, Luke, was born while they were living in Gresham.  They later moved to their current residence in SE Portland where their second son, Mark was born in 1985.  Both boys had special needs requirements and Maureen became a full-time homemaker and mother to them.  It was about this time that Maureen was diagnosed with Bi-Polar disorder.

Maureen became very involved with advocacy for kids with mental health needs.  She traveled around the country giving talks to garner support.  In 1993 she was invited to speak at a congressional hearing on Capitol Hill before many members of congress and business leaders.  At issue was $20 million in funding. Because of Maureen’s talk, the funding got approved and she was called the “$20 million dollar lady.”

Maureen spent most of her life caring for others around her.  Her family has been truly blessed by her.   She always put the needs and requests of others before her own, making many sacrifices along the way.  Always quick to share the message of salvation to everyone who would listen, her favorite Bible verse is John 3:16,17 (also used with her email address). She will be truly missed by all of us on earth.    Heaven has gained “A Keeper”!  Maureen and Brent are members of Milwaukie Covenant Church in Milwaukie, OR.

A celebration of Maureen’s life will be held Saturday, January 26th at 2 p.m. at Milwaukie Covenant Church, 12201 SE Linwood Avenue, Milwaukie, OR 97222.

In lieu of flowers, the family respectfully requests that memorials be made to the Michael J. Fox Foundation for Parkinson’s Research.