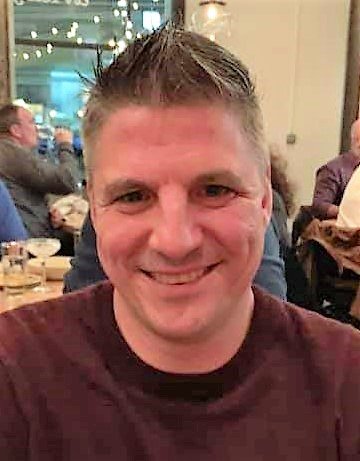 Plant a Tree
Share this Tribute:
Share Obituary:
Share Your Memory of
Benjamin
Upload Your Memory View All Memories
Be the first to upload a memory!

Benjamin Owen Johnson, died Saturday February 23, 2019 at the age of 41 in a snowboarding accident on Mt. Hood.  Ben was born September 10, 1977 in Portland, Oregon to Allen O. and Janice A. Johnson. He grew up in Portland and graduated from Centennial High School, Portland, in 1995.

Ben attended University of Oregon before his merchandising career with Southern Glazer’s Wine & Spirits. He remained a UO fan.

Ben was married to Kay Anderson 2004-2017. With children, Brook and Forest, the family enjoyed time together snowboarding/skiing at Mt. Hood and surfing at the Oregon coast.

He loved a challenge, was a skilled outdoorsman and made friends easily everywhere he went. A devoted father, loving son, and loyal friend, Ben had an easy laugh and was generous to all.

He died doing what he loved. Ben was a cherished member of the Timberline community. He taught at Powder Hounds Ski School and worked regularly at the rental shop.

Funeral services will be 11:00 a.m. Saturday, March 9th at First Baptist Church, 224 Powell Blvd in Gresham. There will be Celebrations of Life (tba) at Timberline and on the Oregon coast. His final resting place will be in Vernonia Memorial Cemetery.  Remembrances in lieu of flowers can be a donation to Brook’s 529 account:  https://tinyurl.com/y3exmr5q