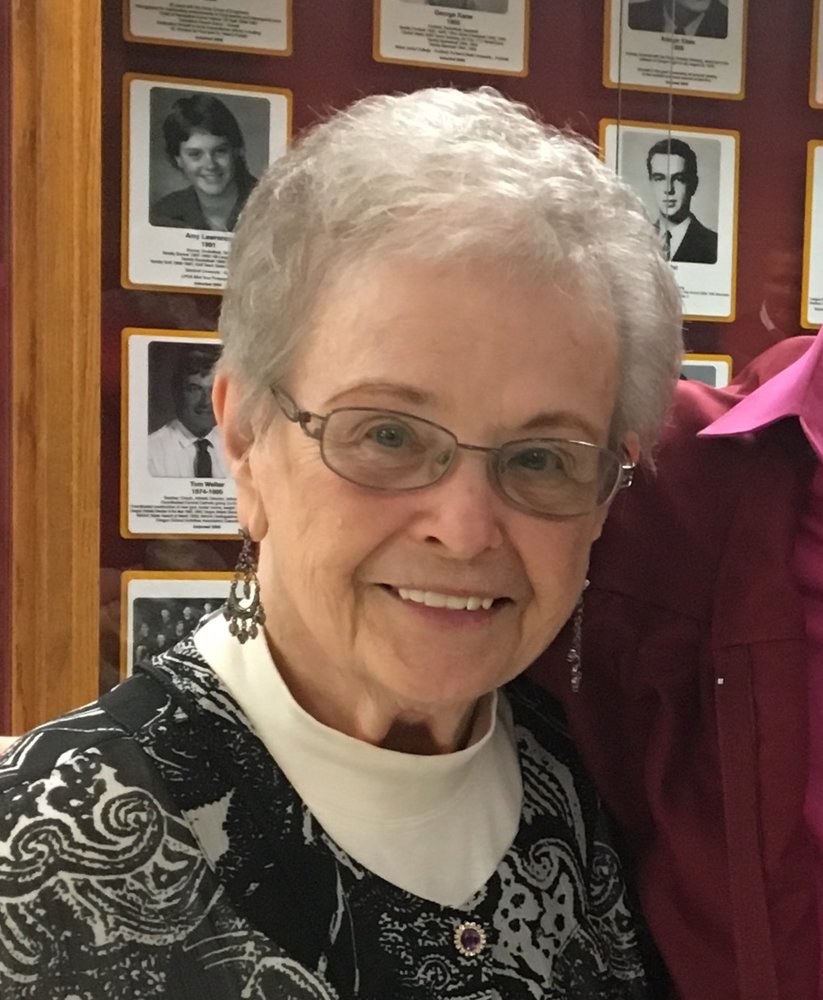 Mrs. Delegato was born Dec. 4, 1932, in Gibbon, Nebraska. She was the second of Leonard and Gertrude Goold’s eight children.

The family moved to Portland and she attended St. Philip Neri grade school for four years, where she was Cinderella in the school play and, in the fourth grade, was a Junior Rose Festival Princess. She transferred to St. Stephens grade school for the next four years, where she played Catholic Youth Organization sports. She attended St. Mary’s Academy for a year, then graduating from Franklin High School in 1950. After graduation, she worked for the telephone company. She and Frank John Delegato married Oct. 16, 1954, and she became a stay-at-home mom raising her five children: Tom, Jim, Mike, Laurie and Jeff.

In 1970, she went to work in the cafeteria at Our Lady of Sorrows School feeding 150 children a day. In 1976, she returned to work for the telephone company, retiring in 1992 after 23 total years of service.

She said keeping busy helped her get past her loss after Mr. Delegato died in 1985. She continued to work, and at night she would knit or crochet baby blankets for Mother and Child, formerly known as Birthright. She made about 12 baby blankets each year. After retiring, she volunteered at Providence Hospital for 10 years and then at St. Vincent de Paul for eight years, feeding the hungry and homeless. She also volunteered at Sunset High School, where Jeff taught, and then in St. Agatha kindergarten classrooms. She was a Eucharist minister and lector at St. Agatha Parish for 15 years.

Besides her children, her pride and joy were her eight grandchildren and a great-grandchild, for whom she usually had home-made cookies. If she didn’t have baked goods available, there were always double stuffed Oreo’s.

She was preceded in death by her siblings Gary, Michael and David Goold, and Mary Helen Molter. In lieu of flowers, donations can be made to Central Catholic High School.

A reception will follow the Mass at the church Parish Center.

Please feel free to leave a condolence or light a candle for the family.

Recitation of the Holy Rosary