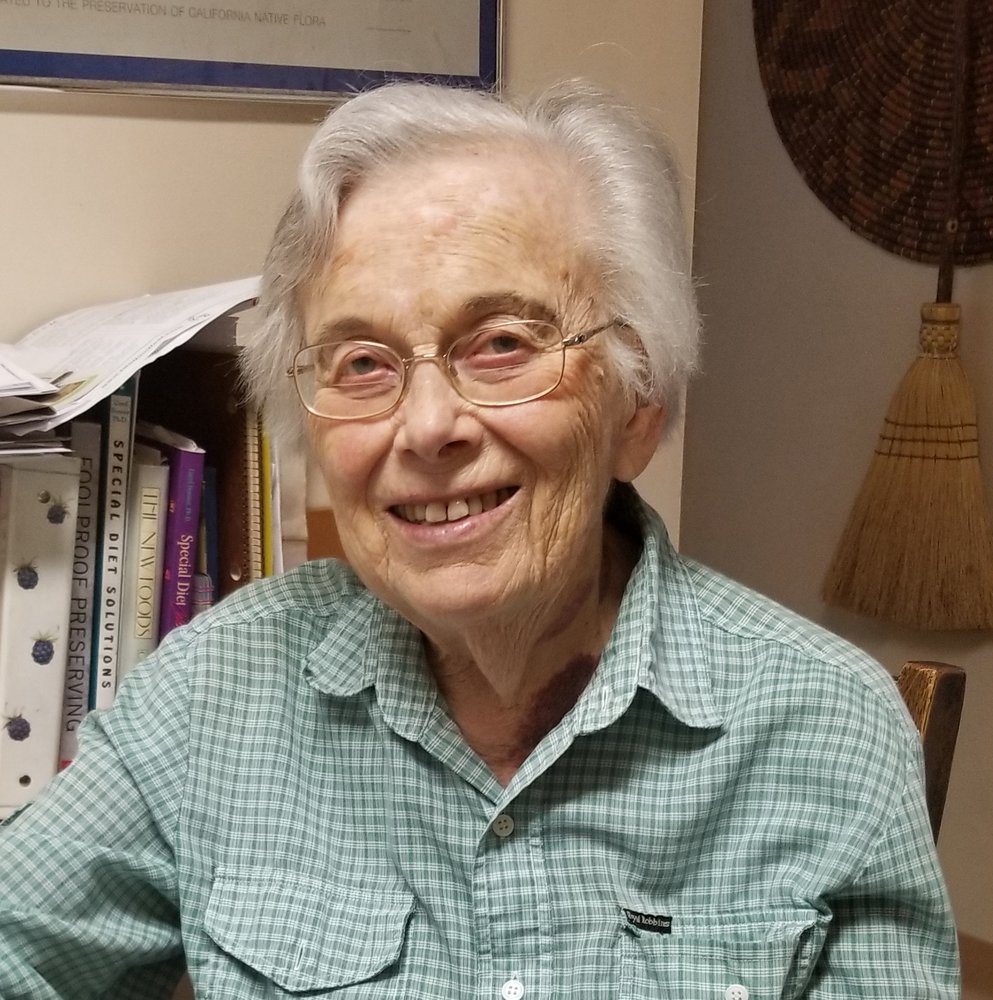 Martha Jeanne (Ely) Huffstutter passed away 24 June 2019 of natural causes at the age of 95 in Portland Oregon, where she resided for nearly 70 years.  Jeanne was born on 14 July 1923 in Fillmore, California.  Since she was born on Bastille Day, her father used the French spelling of her middle name - Jeanne - which she preferred to her given name.  Jeanne grew up in San Gabriel in southern California where she attended high school and graduated from Pasadena Junior College, and Children’s Hospital School of Physical Therapy.  She met her husband, Wayne Huffstutter, while working in the Army Medical Corps as a physical therapist at McCaw General Hospital in Walla Walla, Washington, where Wayne was recuperating from injuries incurred at the Battle of Anzio in Italy.   They fraternized there despite the fact she was an officer in the U.S. Army and he was simply an enlisted soldier.  They were married, in uniform, 4 November 1945 at the hospital chapel.  Following the war, Jeanne worked as a physical therapist in Eugene, Oregon, while Wayne went to architectural school at the University of Oregon.   After Wayne’s graduation, the couple moved to Portland, Wayne’s home town, where Wayne took a job with an architectural firm.

Jeanne had a passion for art and was as accomplished painter.  She was especially proud of her grassroots effort to elevate awareness of gluten sensitivity.  She was an early force in the formation of the Gluten Intolerance Group (GIG) in the Pacific Northwest and served as co-director of the Portland/Vancouver affiliate.  She prided herself on educating local restaurants, stores, and mills to the importance of offering gluten free foods and health dangers of food cross contamination.

Jeanne loved wildflowers and enjoyed many hikes in the Cascades with Wayne and with other members of the Native Plant Society of Oregon. Wayne was a founding member of the Portland chapter of the Home Orchard Society (HOS), and, together with Jeanne, they assisted with many functions and established life-long friendships with many members.  Jeanne was also a rabid Blazer’s fan and religiously followed the team since their inception.  When she could not watch them at home on her TV or when traveling, she would listen on the radio or pull up a bar stool at a tavern (into her 90’s).

Because Jeanne and Wayne (“J and W”) had no children of their own, they were able to spend an unusual amount of time with their nephews and nieces and grand nephews and nieces.  J and W were very interested in nephew’s and niece’s pursuits and went out of their way to spend time with each of them - cementing a special bond with them as individuals.  Jeanne was generally a woman of few words except when it came to people she cared about or her hobbies.  Her curtness was more than offset by her quick and penetrating smile; she meant it.  She will be missed.

For gifts in memory of Jeanne, please consider donations to the Gluten Intolerance Group of Portland, the Home Orchard Society, or the Oregon Native Plant Society.