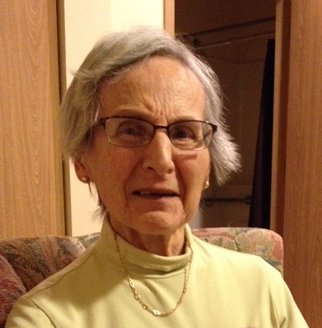 Plant a Tree
Share this Tribute:
Share Obituary:
Share Your Memory of
Vera
Upload Your Memory View All Memories
Be the first to upload a memory!

Miss Vera Iammatteo was born September 1, 1922 in Yamhill, Oregon to Veronica (Paolo) Iammatteo and Bill Iammatteo, both immigrants from the community of Vinchiaturo, Italy.  She lived in nearby Gaston during her early childhood, and spent summers helping her grandparents (Cosmo and Nunzia [Marinelli] Paolo) on their nearby farm.

The family moved when she was young to the Sellwood area of Portland where she remained for most of the rest of her life.  She worked in the Portland shipyards during World War II.  After the war she went to work for the Bonneville Power Administration and stayed 30 years, retiring from there at age 55.

The greatest adventure of her life was her trip to Italy in the early 1950s with her sister, Evelyn, to visit family.  She enjoyed studying and practicing Italian.  She loved her family, and took care of both her sister, Alice, and her mother in her home when they were ill during the latter years of their lives.

After retirement, she volunteered with the S.M.A.R.T. (Start Making a Reader Today) program to help children become better readers, and with the Portland Center for the Performing Arts.  Her faith was an important part of her life, she attended St. Agatha’s Catholic Church regularly.

Vera did not marry or have children of her own, but instead reveled in the lives of her sisters' and brother's children and their children and valued time spent with family above all else. She always remembered her nieces’ and nephews’ birthdays and was always quick to smile and appreciate some humor, even at her own expense. "AV" as she was affectionately called by her nieces and nephews lived 96 years and saw the world change and many people come and go. Her smile, her wit and unassuming presence never changed. She will be greatly missed.

In lieu of flowers remembrances to St. Agatha Catholic Church or the Alzheimer’s Association.

Recitation of the Holy Rosary